Staff member
Operator
This is a great-read BBC article that's worth finding a few minutes to get through. Some particularly interesting points I found:

-How this guy survives is amazing.
-How your spleen plays a role in breath holds
-How temperature can dramatically increase breath hold lengths
-Why you see 'the light at the end of the tunnel' effect when about to black out 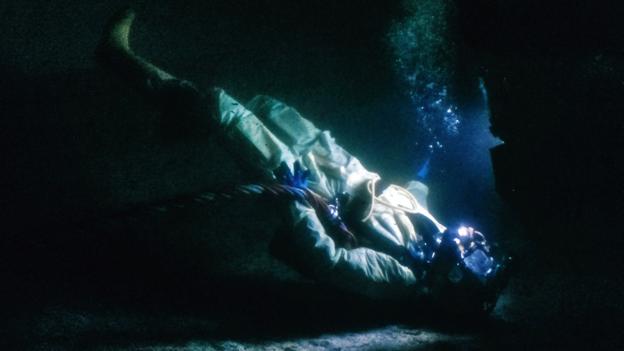 Can you survive if you run out of air?

Science tells us the human body can only survive for a few minutes without oxygen. But some people are defying this accepted truth.

Staff member
Operator
The diver's survival was both lucky and amazing. His metabolic state was such he no longer had self control or self determination in influencing his survival. The diver was also no longer holding his breath, but for the oxygen saturated in the blood within the spleen to contribute to his survival there must be some sort of heart generated circulation happening.

Therapeutic hypothermia is a medical treatment technique of lowering body temperature to decrease metabolism which puts the patient in a state of unconscious torpor. There is a fine torpor demarcation of not making the patient so unconscious that they die.

https://www.smithsonianmag.com/science-nature/can-humans-ever-harness-power-hibernation-180961835/Can Humans Ever Harness the Power of Hibernation?

Staff member
Operator
An interesting historical perspective, reference study of Aerobic exercise before diving reduces venous gas bubble formation in humans in the article. Gives appearance research into influences of physical activities immediately before and after a dive is a recent interest.

Back in either 1978 or 1979 the Air Force School of Aerospace Medicine, then at Brooks AFB, conducted a research study into this. The concern was to establish what were the risks to PJs flying on an aircraft immediately after conducting a dive operation. Several PJs volunteered to be the test subjects.

There were several factors driving this study. One of which is most dive operations conducted by Pararescue were significantly away from recompression chambers and there were a few recovery operations conducted inland at high elevation requiring the getting there and back on helicopters. There were no published decompression tables or other guidance for diving at altitude and it was primarily PJ doing in-land away from the sea coast recovery diving operations for aerospace equipment and materiel and human remains recovery back then whereas the Navy called such activities Salvage Operations.

9-13.3 Depth Measurement at Altitude. The preferred method for measuring depth at altitude is a mechanical or electronic gauge that can be re-zeroed at the dive site. Once re-zeroed, no further correction of the reading is required.
You must log in or register to reply here.
Share:
Facebook Twitter Reddit Pinterest Tumblr WhatsApp Email Link